Barbara called the meeting to order at 7:41pm

Barbara asked Anne to do roll call;
Anne asked if anyone had any objection to her recording the minutes, hearing no objections she continued with roll call:

Anne asked if everyone had received the minutes of June 17, 2019. All responded they had, Anne asked if there were any questions or corrections. Barbara stated there needed to be a correction to the cost of the Portable Staging called the Showmobile, cost is $6000.00. Barbara asked for a motion to accept the minutes as corrected. Lou made a motion to accept the minutes, Charlie 2nd. All those in favor no objections, motion passed.

Then on Thursday night, we have Carson Peters and the Iron Mountain. 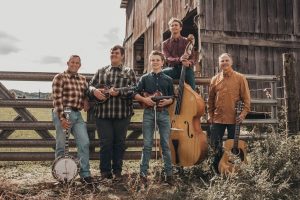 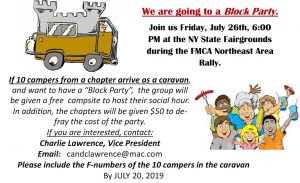 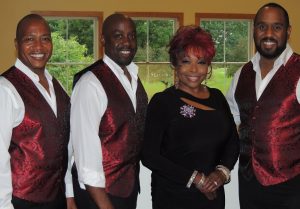 Some may be wondering the results of the Northeast Area Election AVP.
Below is the official results.
We wish John good luck and thank Barbara for her service. 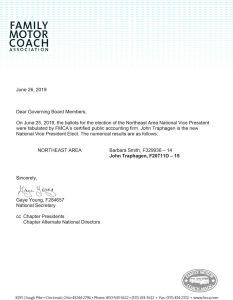 Barbara called the meeting to order at 7:00pm

Anne asked if anyone minded if she recorded the meeting, no objections were made so Anne continued with roll call.

Maureen said she has some vendor contracts in hand.

Barbara stated the fairground has a portable trailer for staging available if we need it. Cost would be $600.00.

Barbara also stated the Expo Building will have to have drapes for partitioning the room for vendors and entertainment; we will also need security at night.

Lou explained that the cost for day entry was $5.00 cash per car load in 2017 collected by volunteers and handed to the Treasurer at the end of the day. It was suggested we charge $5.00 cash per person and admit young children for free.

Barbara asked if Lou would make arrangements for the Toys for Tots donations, he accepted.

Barbara asked John if he would make arrangements with the New York Police to accept stuffed animals, he accepted.

Barbara asked about Projectors and Screens, Lou suggested getting in touch with the Sound person to see if he has any connections.

Barbara stated follow up letters are going out soon to dealers. Patty asked if dealers wanted to bring in more than 10 units each could they be put across the street that is a question for the fairground.

Questions for the fairground:

Use of cones as many as we need Use of their tables and chairs, there are 400 chairs at the home center.

Can we have 2 Executive Board members come in on Sat to accept deliveries, the answer is yes

Can winery displays sell wine on the property, No we cannot have wineries for display.

Is there a new map of the fairground, yes and it has been sent to Tom for the program book.

Trash, will be picked up daily and there will be trash barrels throughout the fairgrounds.

Barbara said the Welcome letter will be going out to the registrant’s packages starting this week.

Charlie suggested a phone tree to get the information out to chapters with the following information: Chapter Fair and Block Party. Barbara asked Board members to take certain Chapters to call; Barbara will email the information with contact numbers.

Patty reported she has sent out 42 applications.

Barbara reported that 2 people are discussing the Ladies Social, to be held on Sat from 1pm to 2:30pm.

Blood Drive, Lou reports he still hasn’t heard anything from them, Patty reported the same. Charlie expressed concern if we don’t make contact soon for advertising, Lou said we can use the Goodie bag to put a flyer in if they decide at the last minute to participate.

Barbara has sent the approved Standing Rules to Jon Walker as requested. Barbara will send a copy of our approved minutes of the Standing Rules to Penny. Barbara reports some other AVP’s have asked permission to use them as a template for their Standing Rules. Discussions held on other lines of communication such as radio and newsprint.

Discussion also about who provided ice cream at the 2017 rally.

Motion to adjourn made by Charlie and 2nd by Lou, meeting adjourned at 7:54pm

To meet that deadline, all ads and other submissions must be in submitted to Tom Roule by June 30th so we can have them in the printer’s hands July 3rd.